I’m just putting the finishing touches on painting the stairway to my basement, and now that the trip itself isn’t quite so gross, it’s freed me to go down there more often.

I even pulled out a few boxes of things, just enough to find —

A bottle of Perrier:

I looked at this for a bit before it came to me. I think it’s “classic” Perrier, from the benzene days. Back in 1990, Perrier recalled its product inventory after laboratory tests found it contained benzene. Bob always had an eye for a collector’s item, so I’m sure that’s why he kept it. Hmm, now I’m wondering if I accidentally drank some benzene Perrier sometime in the last few years. 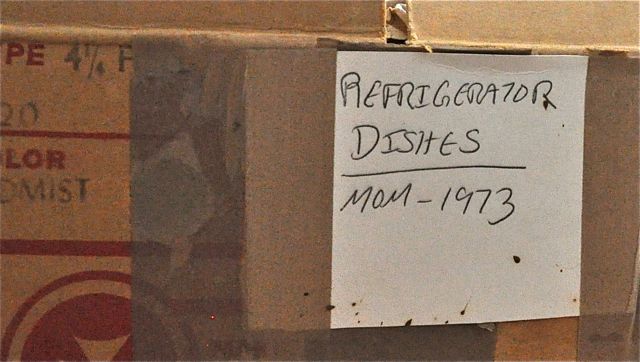 I recognize Bob’s writing on this label.

Here’s synchronicity in the comics: Beetle Bailey. Beetle’s creator Mort Walker will be 90 years old tomorrow. The costumed character in this comic reminds me of yet another coincidence – here in the Southeast, it’s the last day of Dragon Con 2013. 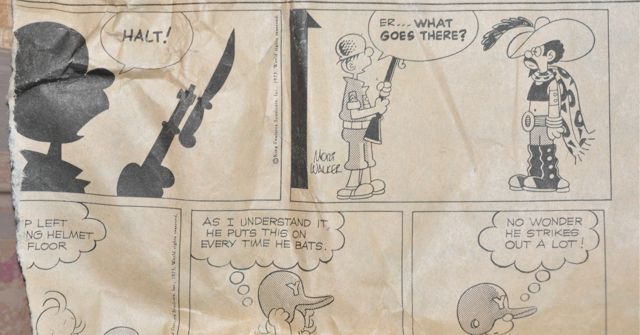 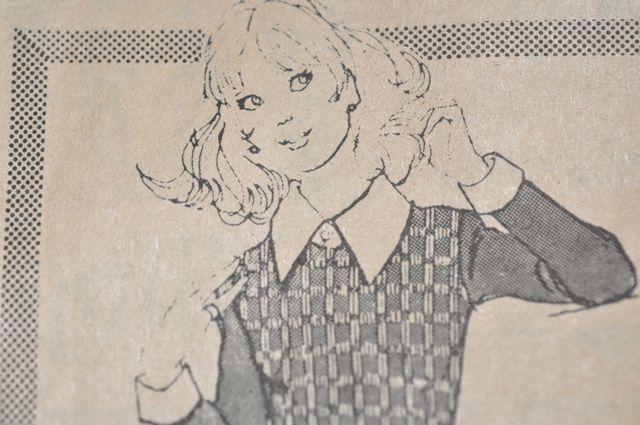 Did we really look like this? (Kill me now)

There’s a lot to mine from the 1973 newspaper. Hints From Heloise told us that for safety’s sake we should “securely tack the cuffs of those great-looking wide leg pants to the pant leg” lest we catch the heel of our boots and take a tumble. Now are you ready to see those pants? 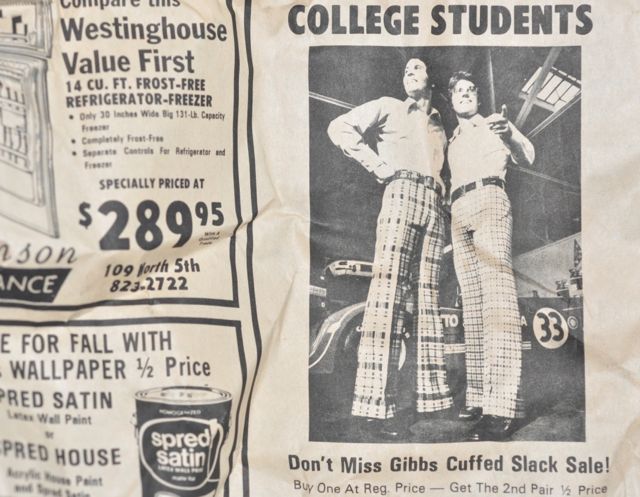 The hunks of 1973, in plaid, no less. I do like the price on the refrigerator.

And here are the dishes. Is it my imagination or are these colors back in style? I ‘m going to use them. They’re glass – something to help me be one step closer to plastic-free. I’ll never know why they got packed away so carefully in 1973, but they’ve waited all this time so deserve to be appreciated. 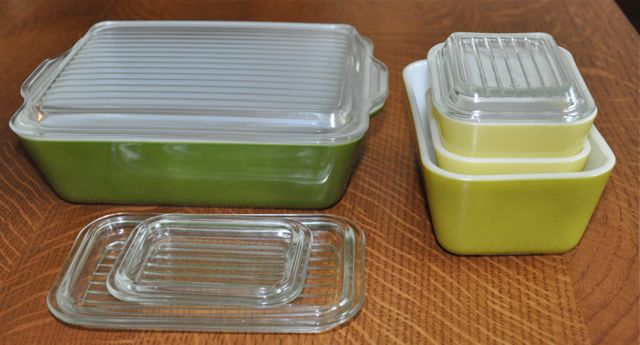 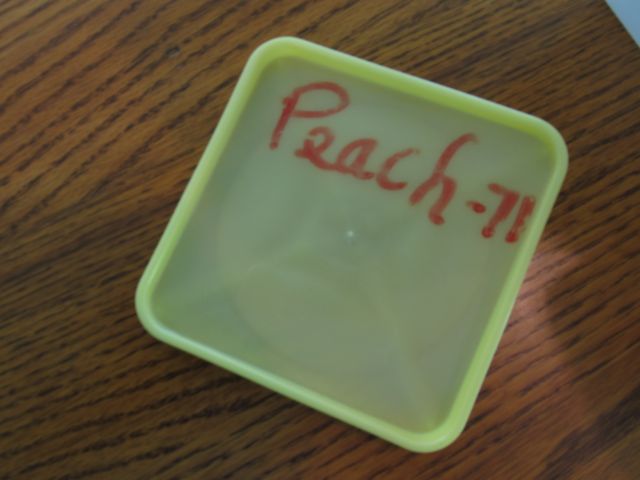 Here’s a lid. She used and re-used the containers for several years. I’m not sure how I ended up with them.

The God of Synchronicity and Kitchen Storage is having a little fun with me here. I found some of these when cleaning out under my kitchen sink, and now I see there were more in the basement.

My parents always planted a garden, and “put up” fresh vegetables and fruit both by canning and freezing. They had apple trees and a cherry tree, but no peach tree. My mother must have bought a bushel of peaches when they were in season. Seeing my mother’s handwriting on these lids melts my heart. I’m ashamed to admit that it also makes me hungry for her peach cobbler. It’s over a decade since her death, but my eyes are tearing up while writing this. I still miss her, think of her often, and try to be a person she’d be proud of.

These containers pre-date recycling so aren’t stamped for sorting. Luckily I have a friend who said she has a use for them, so they won’t go to the landfill.

A tribble, or a cat toy?

This may not be from the basement, but it showed up recently so I’ll include it here so I can end on a positive note.  When I first found it I thought it was a Tribble…they’re the cute but prolific critters from the original Star Trek. Remember, I mentioned Dragon Con a paragraph or two back? I thought this might be swag from a past Con. Now I wonder if it might have been a toy belonging to a beloved past pet, but that brings me back to love and loss, so I’ll go with Tribble. 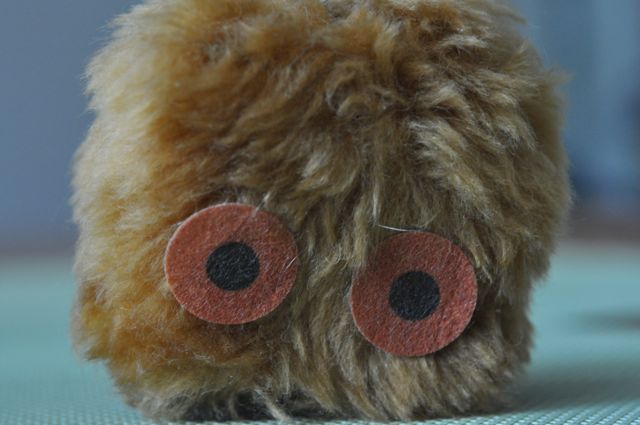 Have you cleaned out your basement lately?

17 thoughts on “What is This Doing in My Basement?” 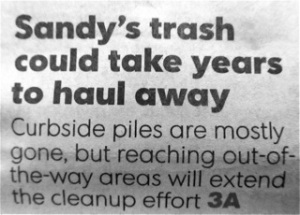 A Journey of Life, Home & Italy